Rosario's Own Wee Britain! (kind of) 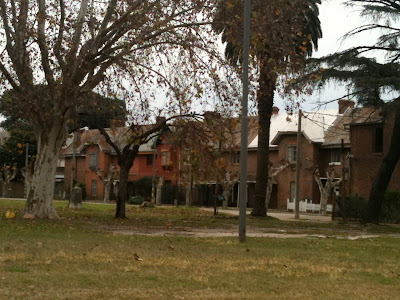 Once upon a time, the English came to Rosario to build and operate a railroad. And while they were at it, they built a tiny village within 2 oddly shaped blocks. Strangely, I didn't even notice it until recently - it's next to Shopping Alto and and Parque Scalabrini Ortiz. I'm not telling you this because I want you to go there, though - it's not a tourist attraction. It's referred to as Barrio Ingles - Batten Cottage (or what's left of it). It seems like an ironic cross between a Disney village and a ghetto.
La Capital did a short article on it 2 years ago, when it was around 120 years old. From what I can tell, Peron nationalized the railways in 1948 so the Brits have been gone for a while. It seems that it's now controlled (or not) by a federal agency - ONABE - which is something like a department of public assets, among other things. According to the article, some residents are paying 120 pesos a month to become eventual owners. Who knows how long that takes, or how someone gets in on that deal. But it's obvious that some residents sincerely care about the upkeep and preservation of their 'houses' and others are likely on government support. One neighbor admits that Batten Cottage lacks unity among residents and others complain about the lack of municipal support. Clearly, community block associations aren't a thing in Argentina. But the fact that it's under the auspices of the Argentine government pretty much explains what's going on here.
Here's a crappy part... 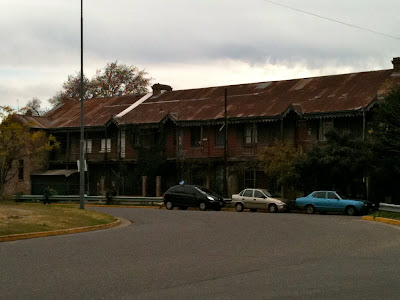 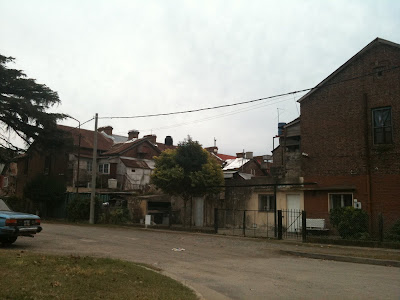 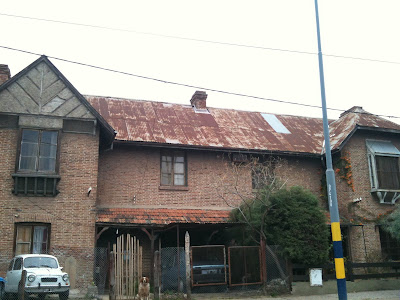 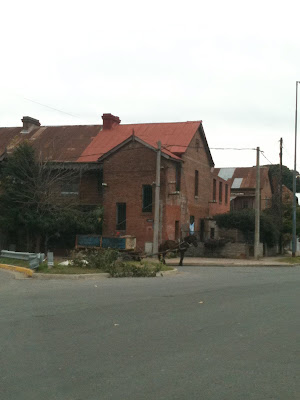 Yeah, that's a horse pulling a garbage cart - belonging to the people who dumpster dive.
And here's a lovely part... 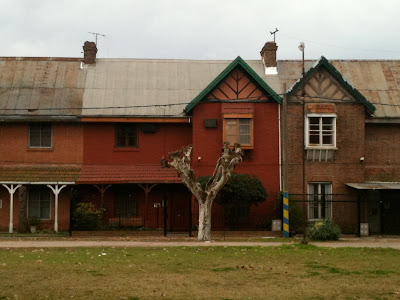 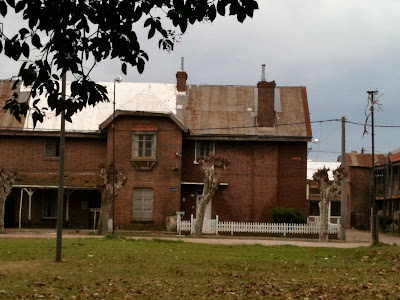 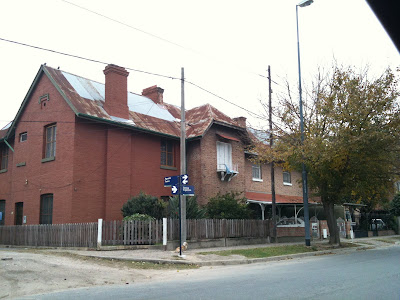 So whether you're looking for a place to park your garbage horse or a picket fence, Wee Britain has it all! 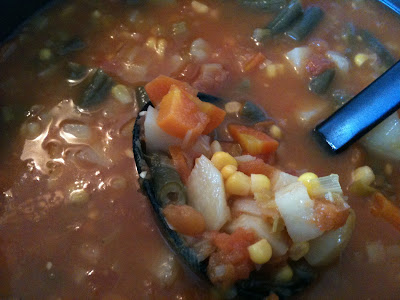 It's been unseasonably warm lately (considering its the Northern Hemisphere's equivalent of December) and along with the unseasonable weather came some unseasonable veggies, perfect for making Alton Brown's Garden Vegetable Soup. I made roughly half of the following recipe: 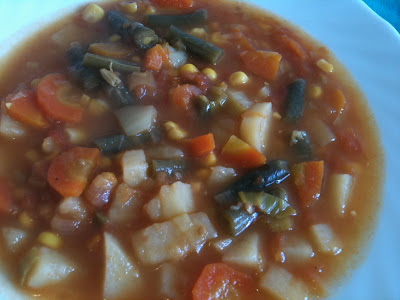 Heat the olive oil in large, heavy-bottomed stockpot over medium-low heat. Once hot, add the leeks, garlic, and a pinch of salt and sweat until they begin to soften, approximately 7 to 8 minutes. Add the carrots, potatoes, and green beans and continue to cook for 4 to 5 more minutes, stirring occasionally.
Add the stock, increase the heat to high, and bring to a simmer. Once simmering, add the tomatoes, corn kernels, and pepper. Reduce the heat to low, cover, and cook until the vegetables are fork tender, approximately 25 to 30 minutes. Remove from heat and add the parsley and lemon juice. Season, to taste, with kosher salt. Serve immediately.
*I added tomato paste for flavor since our winter tomatoes weren't exactly ripe and juicy.
I also didn't have any lemon to squeeze on top but added a little shredded parmesan. 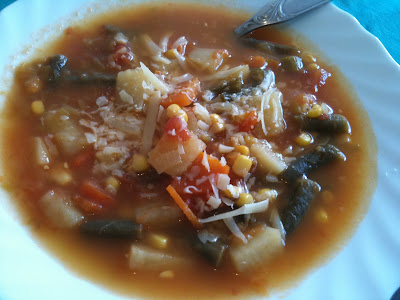